How to Calculate ROI on Investments: The Ultimate Guide 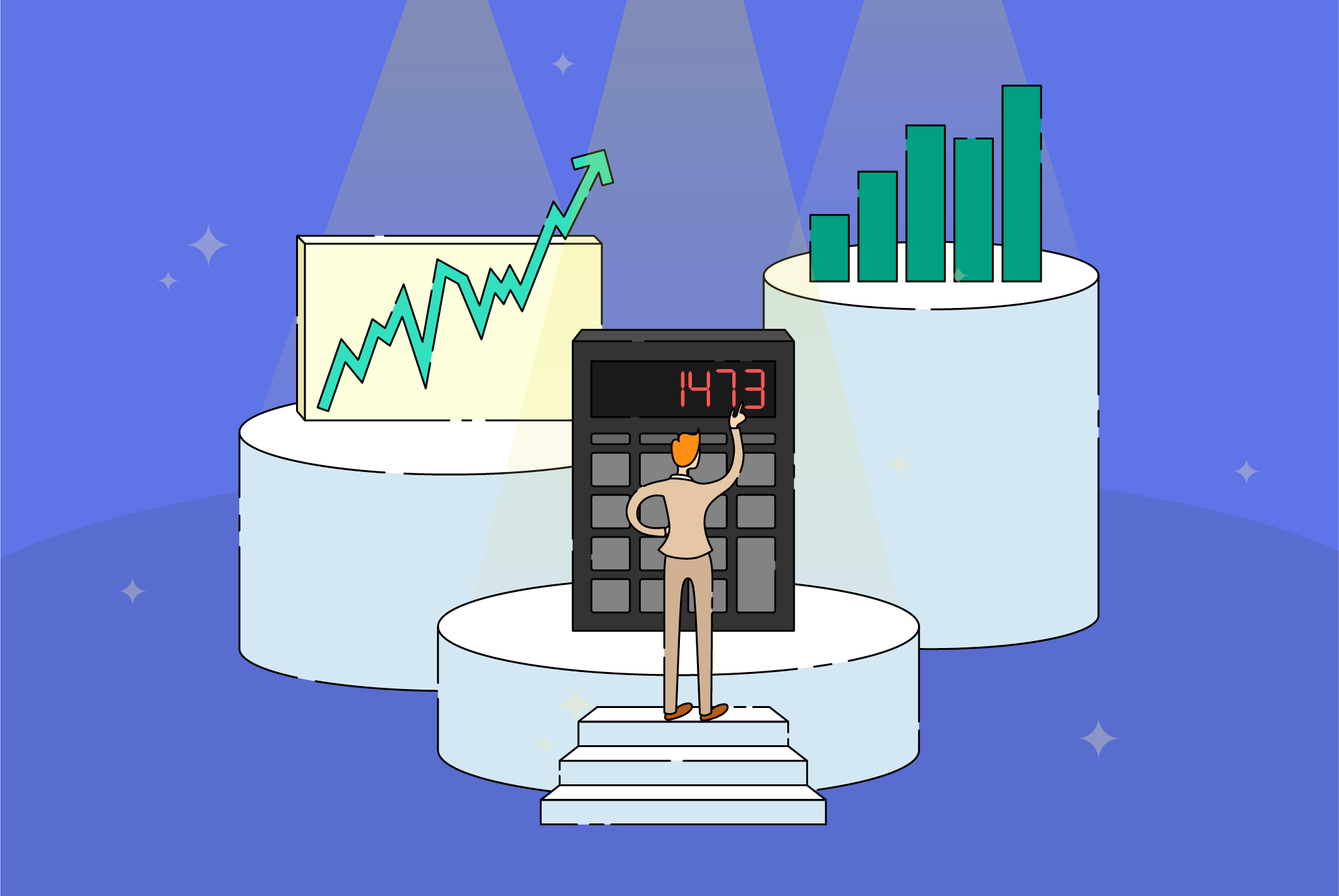 Every investor is familiar with the term “return on investment” (ROI). The equation for finding ROI is so well known and so simple that most of us can usually calculate it quickly in our heads.

So what’s the point of this ultimate guide then?

This guide is for understanding all the ins and outs of ROI so that you know when it’s the right metric to measure — and when it’s not. For those times, we’ll also cover another measurement that goes deeper than your standard ROI equation to layer time frames, expenditures, and investments to give you a truly accurate way to determine whether an investment aligns with your goals. Plus, we’ll show you how to measure and benchmark this modern metric automatically across your entire portfolio so you can spend way less time on the math and way more time enjoying the fruits of your perfectly-chosen assets.

Diving Into Return on Investment

Return on investment is a practically ubiquitous metric used across every industry, all professions, and often in day-to-day life when deciding whether or not to make a purchase.

ROI measures the probability of reaping a return on an expenditure. It does this by comparing the current or eventual gain or loss of an expenditure to its original value.

For example, if you purchase an antique car and your research indicates you can immediately or eventually make more than its original cost when you sell it, the ROI is positive. This is a desirable result because the item’s value will eventually exceed what you laid out to acquire it.

However, if you expect your antique car purchase to generate less than what you spent on it when you eventually sell it, the asset has generated a loss and the ROI on the expenditure is negative. When investing, expenditures with negative ROI are typically avoided, or at least approached with caution.

In the financial planning and management world, ROI as well as some other cash flow-related metrics — like net present value and internal rate of return, which we’ll talk more about later —  are often used to determine the attractiveness of investments and rank them in terms of priority.

How to Calculate ROI on Investment​​​

ROI is technically a ratio, but it’s most often expressed as a percentage to make it easier to quickly understand whether the value of an asset has grown or shrunk.

Here’s the equation for finding the ROI percentage of an asset:

While ROI is pretty easy to understand instinctively, let’s apply the official equation we just covered to a real estate asset.

Here’s how you’d determine the return on that asset:

Using this equation, the return on your house investment comes out to 130%.

There are a few leading reasons that we see ROI used so often both in and outside of the financial space.

As we’ve touched on, there’s no denying that ROI is one of the simpler financial metrics to understand and calculate. All the numbers you need to calculate it are readily accessible and the equation really only has two parts — the original value and the new value.

It Provides a Standardized Investment Language

Thanks to the ease of use mentioned above, ROI has become one of the standard methods for measuring the profitability and therefore the “grade” of investments and other expenditures. You can say “ROI” in pretty much any setting and the correct meaning will be instantly recognized, making it somewhat of a universal language of finance.

Despite its delightful simplicity and the fact that it’s become a universal measurement, ROI does have its shortcomings.

There Is No Time in the Equation

Perhaps the biggest downside of ROI is that in its simplest form it can’t account for the passage of time. For many investors, understanding how the holding period impacts the profitability of an asset can make all the difference when deciding what’s worth it and what isn’t.

For example, when comparing two assets based on ROI alone, one with an ROI of 25% looks a lot better than one that only generates 10%. However, when you find out that the first asset took a decade to get to that level while the second reached 10% ROI in just a year, your opinion on which investment is best is sure to switch.

Another crucial element that the standard ROI equation can’t account for is expenditures, outside of the initial cost, associated with an asset. This makes it exceedingly easy to overstate — or simply mistake — the true return of an investment.

For example, that real estate asset that we found the ROI of earlier only looked at the topline numbers without adding in any costs. If you were to take into account years of paying the mortgage, covering insurance, and just doing general maintenance — the true return on the investment would be a fair amount lower.

The final disadvantage of ROI, like so many other profitability metrics, is that its only goal and only capability is to emphasize financial gain or loss. And because of this, there is no way to take related facts into account — such as social or environmental impact.

To make up for this, a metric called Social Return on Investment (SROI) aims to assign a dollar value to social impact and then include this value when calculating ROI. Learn more about SROI and how it’s calculated from Investopedia.

Increase Accuracy with These ROI Subsets

As was alluded to in the previous section, there are elements that can be layered into the traditional ROI calculation to make it more applicable for different scenarios.

We already mentioned SROI, so let’s talk about a few more of these “subsets” of ROI.

The calculation for annualized ROI adds in one of the key elements that’s missing from the standard return on investment equation: time.

With annualized ROI, first traditional ROI is calculated then the current or assumed holding period for the asset is added to the equation:

In this case, “n” is equal to the number of years an investment is held. For holding periods shorter than a year, convert “n” to a fraction of a year using a decimal.

Internal rate of return (IRR) takes ROI another level deeper by not just considering time but also cash inflow and outflow associated with an asset.

Similar to ROI, IRR is a metric that helps estimate the profitability of an asset in which you may be interested in investing. And, you typically want it to be a positive number — the higher, the better.

Where they differ is that ROI accounts for the total change in value, regardless of time, expenditures, or investments. On the other hand, IRR identifies growth over a single year, while also considering any real or expected costs or investments in that time. This makes IRR a uniform metric for comparing assets on an “apples-to-apples” basis so you have the numbers you need to make a wise investment.

So why hasn’t it become as universal as standard ROI? Because the formula for IRR is quite complex to calculate manually. But today, software has made calculating IRR much more attainable.

Interested in taking advantage of that kind of software?

How to Calculate ROI on Investments Easily with Kubera

Not just calculating but also tracking IRR — especially across a portfolio that contains traditional assets as well as crypto, DeFi, NFTs, and anything else that can be owned — is mind-bogglingly complicated.

Unless you have a wealth tracker with an automatic IRR calculator like Kubera.

DIY high-net-worth individuals (HNWIs) can use Kubera’s modern interface to enter every pertinent detail about an asset, such as cost, current value, expenditures, and investments. Kubera applies these characteristics as well as time passed to surface the IRR of any given asset. Then, the platform compares this IRR against popular indices and tickers so you can see how your investment holds up when compared to the S&P 500, Tesla (TSLA), and beyond.

Remember that real estate asset we found the ROI for earlier? Let’s see how that 130% compares when we layer on all the factors IRR takes into account:

When this information is put into Kubera, the IRR comes to nearly 23%. It’s no 130% ROI, but it’s better than the S&P 500 and not quite as good as Tesla stock for the same time period.

Ready to calculate a deeper version of ROI — IRR — for every asset in your portfolio?

Learn more about Kubera's IRR feature here and see it for yourself by signing up for Kubera’s subscription. Or, share Kubera with your financial advisor, wealth manager, or other investment professional and use it with their guidance to make informed investment decisions that bring you closer to your goals.